Being away from home without parents in Chinese New Year was not easy for me. Yet, I discovered a China Town in this Catalonian city, Barcelona. An exchange course called, "News Agency" allowed me to team up with local Spanish students and explore indigenous culture in this Chinese festival. In order to understand the historical and cultural background of the annual Chinese New Year parade, we conducted interviews with the Secretary General of "Casa Asia", local Chinese restaurant owner and parade dancers. After experiencing a colourful Chinese New Year parade by Catalan cultural groups, we wrote an article for "Catalan News Agency". This project not only enriched my exposure in an exotic environment, but also marked the friendships built with the locals. 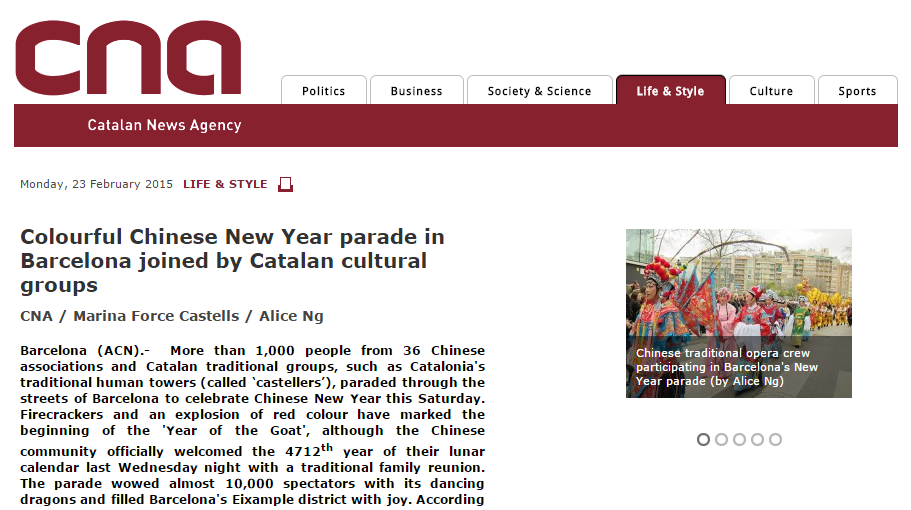