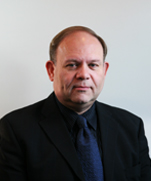 Prof. Jonathan WEBSTER received his PhD from the State University of New York at Buffalo in Linguistics. Prior to coming to Hong Kong in 1987, he taught at the National University of Singapore in the Department of English Language and Literature. His research interests include text linguistics, computational lexicography, and example-based machine translation. Research and Teaching Interests Text Linguistics Computational Lexicography Example-based Machine Translation

The Visual Semantics Interface (VSI) is a collaborative platform built on a web-based infrastructure that could turn raw text into annotated visualization analyses.  The Visual Semantics Interface facilitates collaborative coding of texts as a basis for subsequent interrogation and pattern visualization.  The general idea of VSI is to first import raw language data into the system.  After automatic parsing, users may further annotate the data as a precursor to subsequent visualization of patterns discovered in the text.

Along with my co-investigators, we have proposed a cross-disciplinary course which brings together linguists, media artists, designers and computer scientists to apply state-of-the-art visualization techniques to textual data, exploring why visualization not only looks good but is a potent tool for analysis.

The primary objective of the project was the development of a remote-access multilingual, corpus-based (RAMCORP) system is proposed to serve as a platform for not only providing sophisticated automatic translation services via the latest mobile and internet technologies, but also for carrying out corpus-based linguistic investigations as part of translation and multilingual studies.

In this study, my co-investigators and I have set out to explore how meaning is transacted in a Blackboard (Bb)-mediated environment. This study employed empirical data collected from three Language Companion Courses conducted in Semester B, 2007-08. In particular, the study focused on the feedback and advice provided by online language coaches on students’ academic writing skills and the responses produced by the students to the coaches’ comments.

This project applied the “example-based” approach to the translation of the specialized language of legislation and legal documents.

The goal was to develop an on-line bilingual dictionary data retrieval tool for language learners and professionals, providing comprehensive coverage of Chinese and English words.

The WMP gave students the opportunity to gain hands-on experience in setting-up and managing a web-server dedicated to publishing information on the Chinese language and topics in Chinese linguistics.

The goal of the research was to update the FSP (Functional Semantic Processor), developed in previous research, as an internet application with the database maintained on a central server, accessible across the internet by clients using an interactive interface deployed locally.